According to the United States Geological Survey (USGS), the sandy beaches from Florida to North Carolina will be eroded by the Hurricane Dorian. The hurricane has been hitting the American coasts. It has damaged millions worth of property with an estimated 13,000 households at risk of being flattened. The  United States Geological Survey (USGS) reported that beaches located in Florida to North Carolina will experience dune and beach erosion as a side effect of Dorian. 85 percent of the beaches in Florida and 60 percent of the beaches in North Carolina will be exposed to strong waves that will erode them.

The USGS reported as follows;

Dune erosion is only the first level of damage a major storm like Dorian can cause. As waves and surge reach higher than the tops of dunes, overwash can occur, often transporting large amounts of sand across coastal environments – including roads, depositing sand inland and causing significant changes to the landscape. Overwash is currently predicted as very likely for 59 percent of Georgia dunes, 57 percent of South Carolina dunes, 22 percent of Florida dunes and 9 percent of North Carolina dunes. Overall, 28 percent of the dunes from Florida to North Carolina may experience some level of overwash. 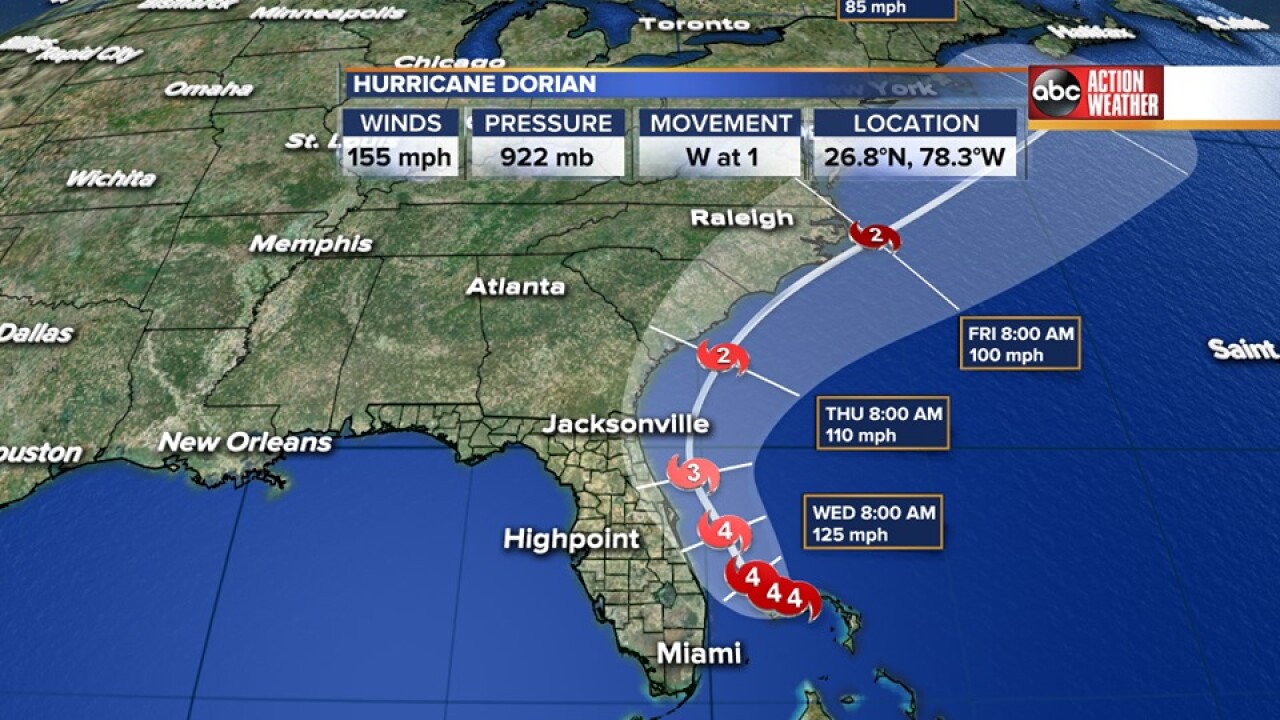 Inundation, the most severe coastal impact, occurs when beaches and dunes are completely and continuously submerged by water. Inundation is forecast as very likely for 9 percent of dunes in both Georgia and South Carolina. North Carolina and Florida are currently not projected to experience any inundation.

The hurricane Dorian is expected to have adverse environmental impact in all the affected areas.

Saving The Planet Even in Death. Best Eco-Friendly Last Respect Ideas < Previous
The Most Exploited Places in the World Next >
Recommended stories you may like:

Fire Hoses are Being Recycled into Fashionable Accessories

Amazonian Teenagers Will Lay Down Their Life to Save The Forest

Cement,Cows and Steel Listed as the Highest Pollutants and Contaminants of the Environment

Roses are Red, But the Earth is Blue;The Impact of Cut-Flowers21 Total Shares

Cement,Cows and Steel Listed as the Highest Pollutants and Contaminants of the Environment11 Total Shares